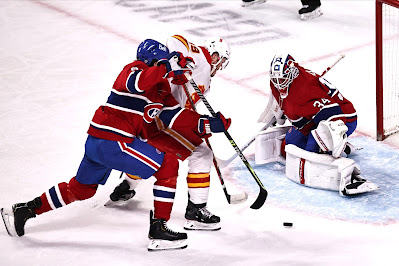 The Seattle Kraken have July 17 marked on their calendars.as the deadline looms for every team in the NHL to submit their protected list for the expansion draft. From there the fun begins and the Kraken will announce their roster on July 21. While some teams don't offer much, the Montreal Canadiens have some talent to expose which means general manager Marc Bergevin may get creative.For educational purposes:Teams must submit their protected lists to the league by July 17Each team must submit a protected list of seven forwards, three defensemen, and one goalie OR eight skaters and one goalieAny player with a no-movement clause must be protected unless the player waives itEach team must expose two forwards, one defenseman, and one goalie who are under contract and played at least 40 games this past season or 70 combined games over the last two seasonsAny player with a career-ending injury is exempt from selectionAll first- and second-year players, as well as unsigned draft picks, are exempt from selectionCanadiens Players to Watch:Jake Allen: If the Kraken do it right, they will have Allen and Braden Holtby as their goaltenders. Carey Price is getting protected so the Canadiens would have to make a side deal with Seattle to keep Allen around. Bergevin has eight picks in the first four rounds so perhaps he sends a draft pick to Ron Francis to keep his crease in tact. The 30-year-old Allen has two seasons left on his deal, paying him $2.87 million. The netminder went 11-12-5 with a 2.68 GAA and a .907 SV% in his first season with the Habs. Ben Chiarot: The 6'3 defender would give the Kraken someone they could plug into their second-pair. He's in the final season of his contract in case things don't work out with the 30-year-old, the Kraken can easily cut ties. While he had 21 points in his first season with the Habs, he only recorded seven this past season. Seattle would hope for Chiarot to find his offensive game for the expansion team, but we know his defensive game and physical play doesn't normally take a night off.Photo credit:  Jean-Yves Ahern-USA TODAY Sports...