An analysis of team budgets conducted by

for Postmedia News reveals that the Vancouver Canucks are sitting in the bottom third of the NHL in actual spending on player salaries for the 2020-21 season.

Using salary data in their database, which correlates closely with the real figures spent by NHL teams, CapFriendly calculated the to-date gross salary expenditures of every team in the league this season (in other words, what a player’s contract says they make, before taxes, league escrow and deferments are taken off). Performance bonuses, which are often clouded in mystery, weren’t part of the calculation.

Every player contracted by teams on the NHL roster, the taxi squad or in the AHL was included in the totals. CapFriendly has been tracking NHL team salary information since 2016 and

is widely regarded as the industry leader in doing so

. Their figures aren’t always perfect, but teams acknowledge any discrepancies as “close enough.”

In these terms, with about 60 per cent of the season over,

the Canucks rank 21st in the NHL

, having spent just under US$50.5 million so far this season. By the end of the season, if they make no roster changes, they’ll pay out US$83.4 million, give or take. The Canucks’ total projected salary cap hit, which is a total of the average annual values of their players’ contracts, is US$86,054,349.

“This was taking every player under contract for each team. So in Vancouver’s case, this will also include that they’ve paid Arturs Silovs — US$127,241 — so far in the AHL this season,” they explained in an email.

The Toronto Maple Leafs are far and away the highest-spending team at just over US$81 million. Second-place Tampa Bay is well back, having spent US$67.6 million so far, just ahead of third-place San Jose, which has spent just over US$67 million, according to CapFriendly’s calculations.

one player was a confirmed case of COVID-19

— and that they were suffering from one of the variants — while the other was in the protocol as a close contact. It isn’t known which player is infected.

The Canadiens were scheduled to play three games this week against the Edmonton Oilers, but those games were postponed earlier this week out of an abundance of caution. A fourth game, scheduled for Sunday against Ottawa, has now also been postponed. The postponements mean the Scotia North Division’s schedule is in disarray, and Bergevin said the NHL is going to reschedule a number of games across the division.

When the Dallas Stars had four games in February rescheduled after the winter storm that ravaged the Texas power grid, a total of 30 games across the division had to be reshuffled.


I'm in the Dallas-Fort Worth area. After the Stars missed 4 games due to the unprecedented winter storm we had in Feb, some 30 games across the division had to be rescheduled to fit in all the make-up games.— Erin Manning Writes (@emanningwrites) March 25, 2021


It’s not yet known which Canucks games will be rescheduled.

CBC News reported Thursday that after appeals from the seven Canadian NHL teams, a modification is coming to the federal government’s

14-day quarantine mandate for travellers arriving in Canada from abroad

Players moving from the U.S. to Canada via trade, waiver claim or otherwise will only have to quarantine for seven days, according to the report. The Leafs led the pitch to the feds, with the other six teams backing Toronto’s efforts.

TSN later reported a league source confirmed the looming change in government policy and tied it to a commitment from the NHL clubs to increase testing,

Currently, travellers arriving in Canada from abroad are required to show evidence of a negative test having been returned within three days before arrival in Canada, take a new test upon arrival and then take another test at the end of the 14-day quarantine period.

With the NHL trade deadline just over two weeks away, a reduction in quarantine is expected to lead to more trades than might otherwise have taken place. 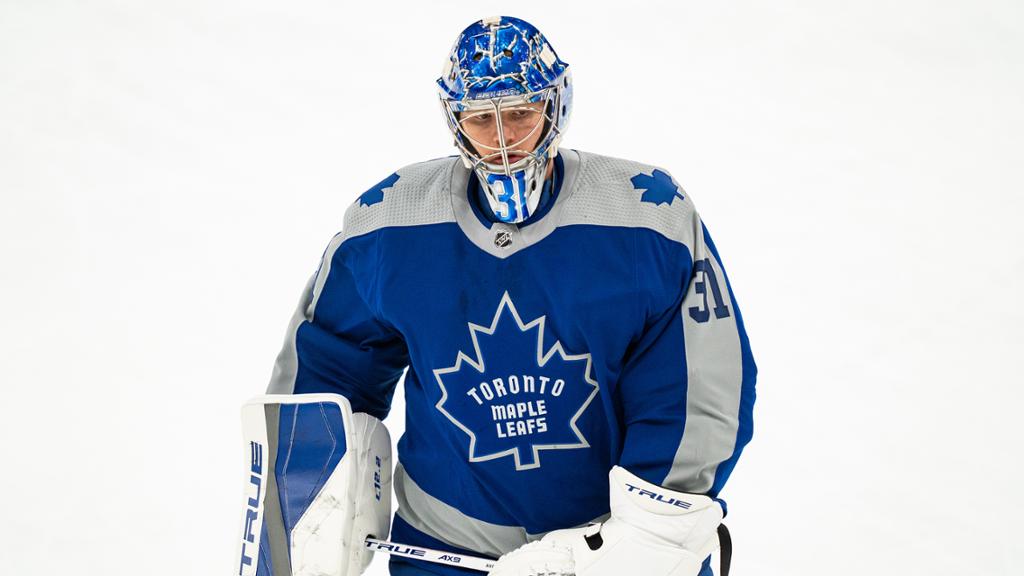