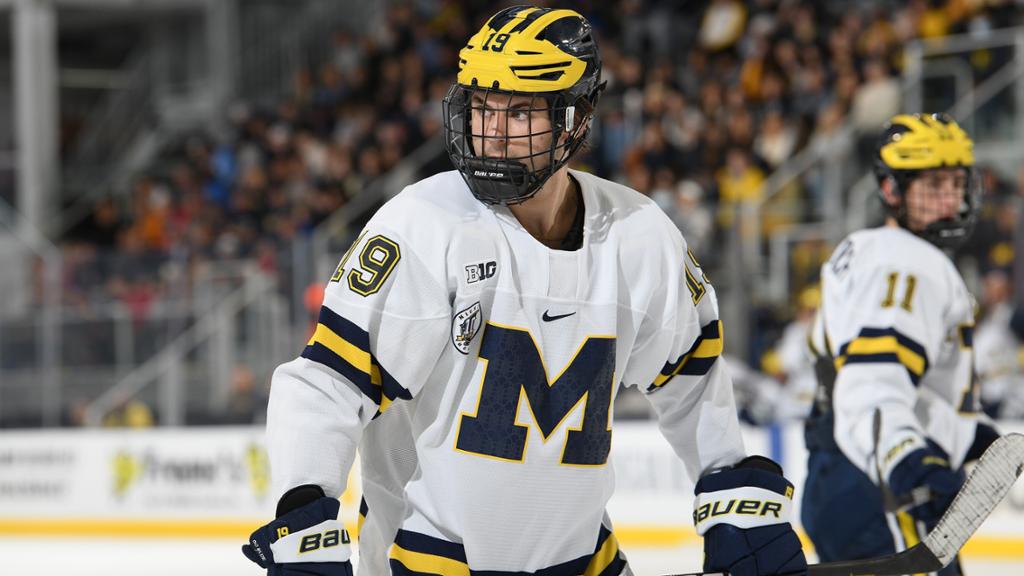 Adam Fantilli of the University of Michigan will file a draft diary for NHL.com this season leading up to the 2023 NHL Draft at Bridgestone Arena in Nashville on June 28-29. The 18-year-old freshman center (6-foot-2, 195 pounds), who was born in Nobleton, Ontario, is an A rated skater on NHL Central Scouting's preliminary players to watch list and a projected first-round selection. He has 23 points (nine goals, 14 assists) in 12 games this season, and was named the Hockey Commissioners Association's October national Player of the Month and Rookie of the Month for October after scoring 18 points (eight goals, 10 assists) in eight games....