Islanders Gameday News/Game 63 Thread: Bergeron back for the B’s in today’s early game 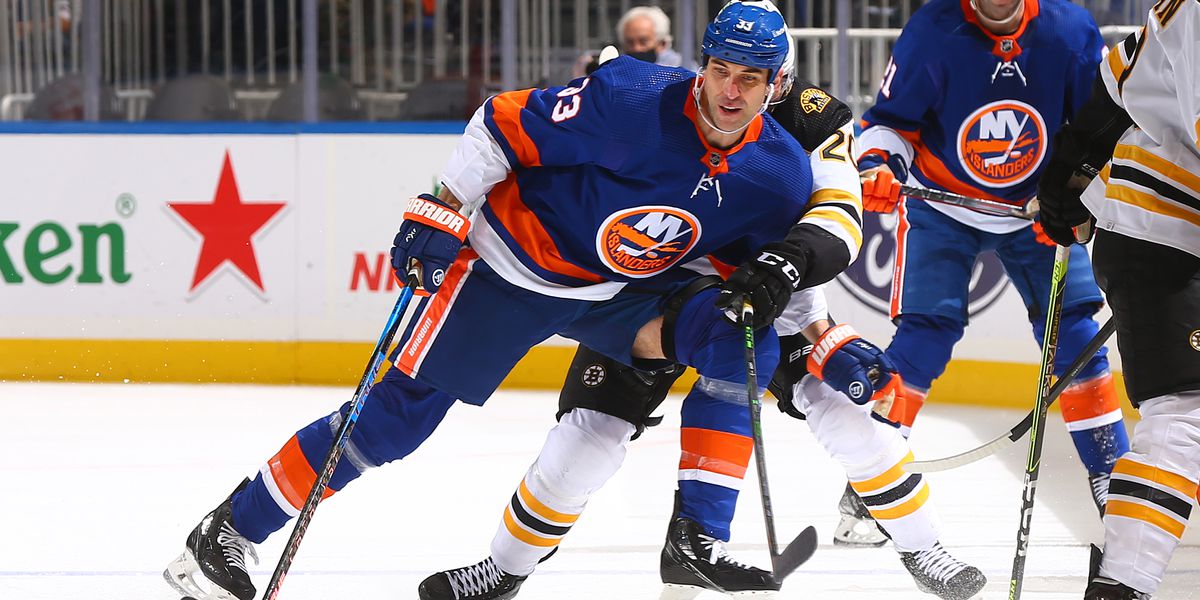 Big ‘Z’ goes back to Boston; hopefully, he was able to stay with his family last night. | Photo by Mike Stobe/NHLI via Getty Images


The Islanders face a tall task trying to keep their roll going—both in the Bruins and in waking up so early. For the New York Islanders, there have been quite a few early games this season, especially in the calendar year 2022. Most of them have been home games, but today, they’ll be on Boston ice when the clock strikes noon.
The Boston Bruins host the Isles for a 12:30 p.m. start, which means warmups begin at 12:00. Hockey players, notoriously creatures of habit even more than other athletes, probably will be eating their salmon and fettucine around 8:00 a.m., as alluded to by Anson Carter the other day—I think he said spaghetti and meatballs around 6:00 a.m., but you get the point.


#Isles HC Barry Trotz:"We're playing with some rhythm. We got a little bit of joy back in our game, and we're just playing games. And I think, just like anything, you get a little confidence, you get a little feel for the puck, all that, and it just comes a little easier."— Stefen Rosner (@stefen_rosner) March 26, 2022

Keys to today’s game, like don’t take penalties. Also, these Bruins look different this time around, now armed with one Hampus Lindholm, who the Islanders have seen a lot this month. [Islanders]
Barry Trotz can appreciate a scrappy underdog winning purely on effort and adrenaline.

Early-morning media access with #Isles Barry Trotz. Everybody available this afternoon at Boston (except, of course, Clutterbuck/Mayfield).What does an NHL coach do on a Friday night in Boston? Trotz watched St. Peter's beat Purdue (and was very impressed with the effort).— Andrew Gross (@AGrossNewsday) March 26, 2022


Also, Patrice Bergeron will likely be back in the lineup for Boston. [NHL]
No. 29 is sitting on no. 29. Already having set a career-high in goals scored, Brock Nelson now nears 30 goals. He has been fantastic this season. [Newsday]
Bumping from yesterday, but while Semyon Varlamov may be a valuable trade piece, he may be more valuable to the Islanders next season. [The Athletic]
The Bridgeport Islanders are on the road this weekend. They visit the Toronto Marlies this afternoon and the Rochester Amerks tomorrow. [B-Isles]
Trailblazing journalist Robin Herman passed away earlier this year. Stan Fischler pays tribute to her. [Maven’s Memories]

Elsewhere
Last night’s NHL scores include the New York Rangers jumping out to a 3-0 lead before the 5:00 mark and effectively ending the game against the Pittsburgh Penguins.

Actually, that was a probable playoff preview, as those two teams appear to be locked into the two and three seeds, though the order of which remains undetermined. So Sidney Crosby and coach Mike Sullivan were especially pissed that they laid that egg. [The Athletic]
The final president of the NHL (before switching to a commissioner), Gil Stein, passed away at age 94. [NHL]
Marc-André Fleury will make his Minnesota Wild debut tonight against the Columbus Blue Jackets. [NHL]
Josh Ho-Sang was not called up to the Toronto Maple Leafs after the trade deadline because they’re leaving open a spot for top prospect Matthew Knies out of the University of Minnesota. [Sportsnet]
Jonathan Toews is scheduled to play his 1,000th game on Thursday, but that may be the only certain part of his future. [NHL]

Time to start carving headstones: The Montréal Canadiens, who played in the Stanley Cup Final less than nine months ago, are the first team eliminated from playoff contention this season.
...