What we learned from a preseason loss to Boston 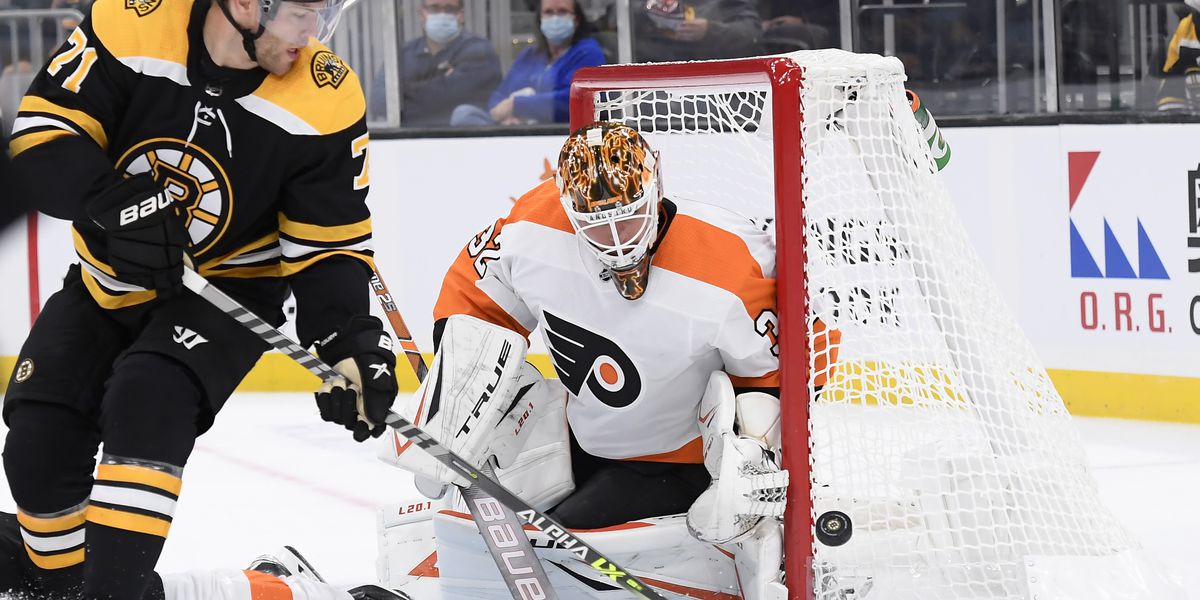 
It wasn’t pretty, but hey, it’s preseason! 1. Joel Farabee is still amazing
Farabee broke out in a big way last season by leading the Flyers in goals. Last night, he picked up right where he left off scoring the only two goals of the game for the good guys. The first flashed his special talent of finding the soft spots in the defense against a very good Bruins penalty kill. JVR made a beautiful pass from the goal line to a cutting Farabee and he snapped the shot by Swayman. His instincts are arguably his greatest talent, and they were on full display on this goal.

The second was simply an absolute laser from the faceoff circle on another power play, that went far corner right under the crossbar. It was a perfect shot off a nice shift and setup from Cam York. He only took two shots all game, but he made them count.

2. Rough night for Jones
Well, it certainly wasn’t the cleanest debut for Martin Jones. The new backup to Carter Hart struggled in this game, allowing three goals on 11 shots. To be fair, the first two goals were more bad defense than anything else, but the third is the one that brings uncertainty into the minds of fans. Jones was already a gamble signing, banking that he could bounce back with a change of scenery. This start definitely didn’t change anyone’s minds.
However, it’s his first start, and the Flyers sent essentially an AHL lineup out there against most of the Boston starters. It’s hard to really be concerned about anything given those circumstances, but preseason or not Jones has to stop that third goal.

Now, apparently the shot did ramp up the stick of Linus Sandin, but honestly it’s hard to use that as a defense. For the most part it’s a clean look and you need your goalie to make that save. Let’s just hope he’s getting the bad goals out of the way early and has it cleaned up by the regular season.
3. Rough night for TNT
Speaking of rough nights, big ol’ WOOF for the first NHL game on TNT. First Rick Tocchet’s mic wasn’t working, then the feed cut out, then we had only one camera angle for most of the second period, and it pretty much stayed broken until the third period.
Other than the technical difficulties though, I actually thought it was pretty well done. Kenny Albert and Eddie O. obviously have worked together before, and our pal Keith Jones was solid inside the glass. The addition of Don Koharski as a rules analyst, copying what the NFL has done, is nice to see and I think he did a good job. The intermission group seems fun so far, seemed much more laid back than the NBC production while still giving quality analysis. The addition of reading tweets from fans at intermission like how the Inside the NBA crew does was a nice touch as well.
Speaking of that crew, we better see Charles Barkley on here at some point soon. Hearing him trying to pronounce hockey names would be must-see-TV.
4. A solid debut for Rasmus Ristolainen
He’ll get flack for that first goal, and it was partially due to some over-aggression, but in reality the lost puck battle by Sanheim and co. set that up. Other than that goal, I thought Risto had a quality first game. He was making good breakout passes and bringing that physical edge defensively. Nothing flashy, but as the old adage goes, that’s not a bad thing for a defenseman if you’re not noticing them.
He led the Flyers defensemen in Corsi- and Expected Goals-for percentage at 5-on-5. The overall numbers still weren’t great with both being below 50%, but when the team got out-Corsi’d 41-19 ... it’s to be expected. Risto’s Corsi came in at 38.52 S&V adjusted, but good for a relative of 16.81. xGF a similar story at 37.90 S&V adjusted, 12.80 relative.
It’s hard to take stock in really any metrics in the preseason, but he was doing the little things well in this game. For the most part it seemed like he knew when to be aggressive, and when not to be.
Bonus Takeaway
lol of course they lost the random shootout that no one in the crowd seemed to know was happening 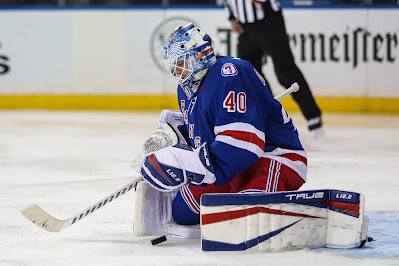 2 Trade Targets For the Philadelphia Flyers