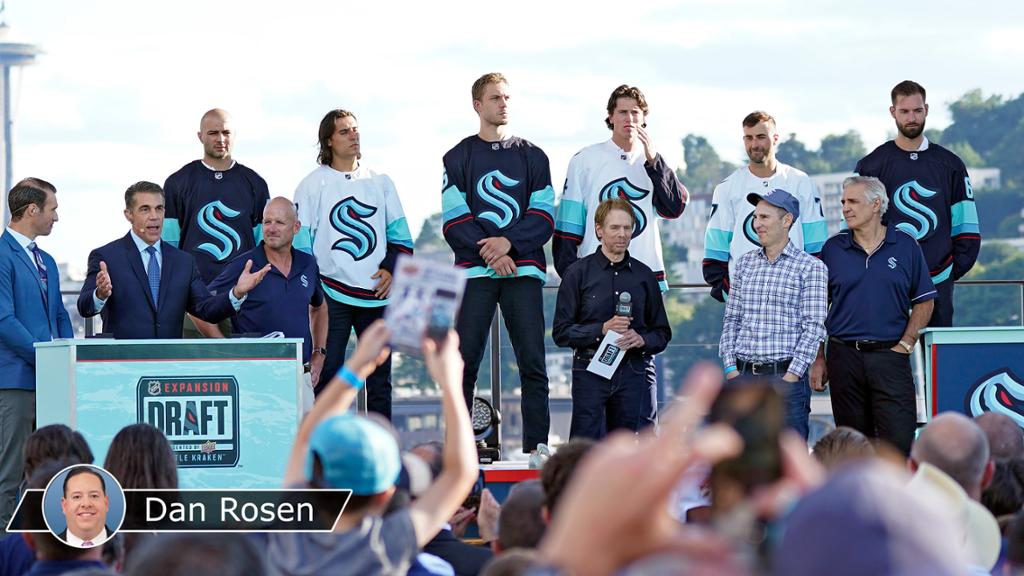 The Seattle Kraken have 30 players after they revealed their initial roster at the 2021 NHL Expansion Draft presented by Upper Deck on Wednesday.Seattle selected 15 forwards, 12 defensemen and three goalies, one player from the 30 participating teams. The Vegas Golden Knights did not lose a player because they were exempt from the expansion draft.The Kraken will undoubtedly make some changes to the roster through free agency, trades and the 2021 NHL Draft before their first game at the Golden Knights on Oct. 12, but here is a position-by-position analysis of what they look like following the expansion draft:...