Sabres battle back against Devils, still lose: ‘We just didn’t have it’ 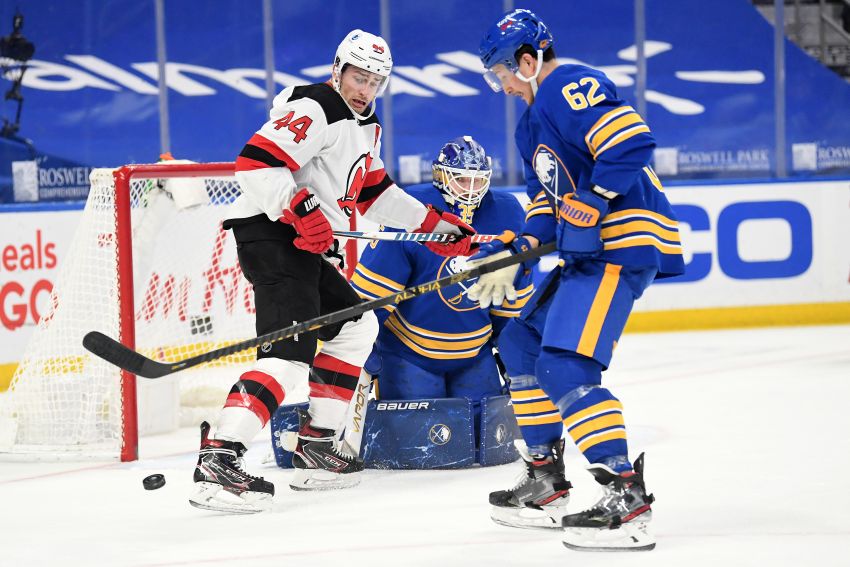 BUFFALO – A few weeks ago, an early two-goal deficit like the Sabres experienced Thursday against the New Jersey Devils would’ve been insurmountable.
They would’ve folded and gone down meekly.
But over the past week or so, the Sabres have morphed into, well, a somewhat normal team. Yes, they’re still one of the NHL’s lightweights, but they’re much more competitive.
While Thursday’s 6-3 loss inside KeyBank Center ended their two-game winning streak and five-game point ... Read the full article ...