from Matt Porter of the Boston Globe,


It’s not quite the late summer of 2019, when a slew of restricted free agents — including Charlie McAvoy, Brandon Carlo, Mitch Marner, Patrik Laine, and Mikko Rantanen — went into September without contract extensions. But entering the weekend, several high-profile RFAs remained unsigned.

In Vancouver, Elias Pettersson and Quinn Hughes were awaiting big money. Likewise Brady Tkachuk in Ottawa, Rasmus Dahlin in Buffalo, and Kirill Kaprizov in Minnesota. These are franchise building blocks, with the caveat that Dahlin, the No. 1 pick in 2018, hasn’t yet popped in Western New York.

The Canucks had the heaviest lift, having to fit the 2019 Calder Trophy winner (Pettersson) and 2020 runner-up (Hughes) under a tight salary cap. General manager Jim Benning had this to do, after taking on $7.26 million of Oliver Ekman-Larsson’s deal (and rising star Conor Garland) in exchange for the inflated contracts of Loui Eriksson, Jay Beagle, and Antoine Roussel. It doesn’t look like we’ll see a dramatic change of scenery for any, or another offer sheet in the vein of Carolina landing Montreal RFA Jesperi Kotkaniemi last week.

J.P. Barry, the agent for Pettersson and Hughes, said in June that his players wanted to stay in Vancouver (Hughes is not eligible for an offer sheet, while Pettersson is). The camp for Kaprizov, fresh off his Calder win, dangled the threat of the KHL — Kaprizov, too, is offer sheet-ineligible, so that’s his primary leverage — but Minnesota GM Bill Guerin is holding firm. Tkachuk, wearing an “A” for the Senators, has expressed several times his wish to push the rebuild forward in Canada’s capital.

What’s just as intriguing this time of year, with training camps set to open in a couple weeks, is to assess the players entering the final years of their deals.


continued with more topics too including pending UFAs...... 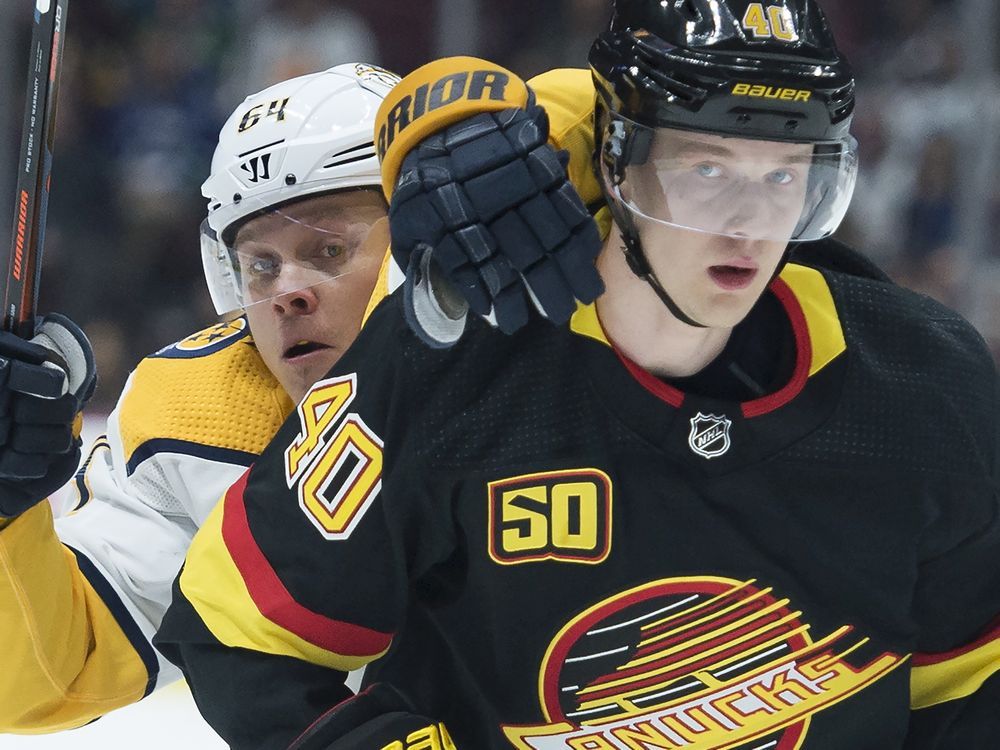 Demko makes 31 saves for Canucks in win against Predators 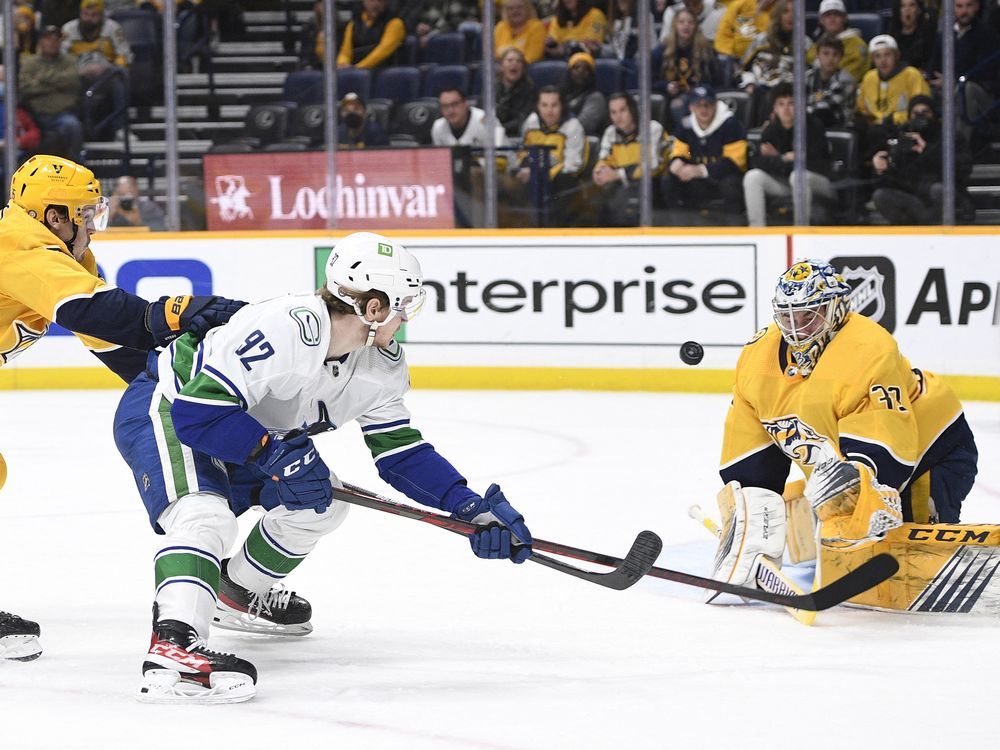 Canucks 3, Predators 1: Hitting all the right notes in Music City to close out road trip