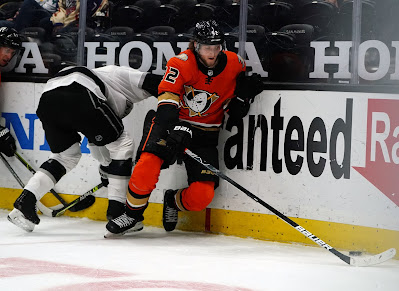 The NHL's waiver list is very large yet again. In total, there are 30 players available for teams to choose from. The New York Islanders make up one third of it, as they have waived 10 players in total.Waivers: 10/6/21 pic.twitter.com/7UnKK6oi7U— NHL News (@PuckReportNHL) October 6, 2021 Alexander Volkov of the Anaheim Ducks is an intriguing name. He split last season between the Tampa Bay Lightning and Ducks. In 19 games with the Lightning, he scored three goals and had two assists. However, with Anaheim, he was more of an offensive force. In 18 games, he scored four goals and had eight points. He certainly is an NHL-caliber player, so a team could consider adding him.Kole Lind is a young winger who the Seattle Kraken selected in the Expansion Draft. Could the Vancouver Canucks decide to take him right back? He's still just 22 years old and should improve, so it would not be surprising to see a team claim him - whether it be the Canucks or any of the other remaining 30 NHL teams.Aaron Dell being put on waivers means that Dustin Tokarski has won himself a spot on the NHL roster.German Rubtsov will likely not be claimed, but he's worth addressing because he was a former first-round pick by the Philadelphia Flyers. Connor Bunnaham and Adam Clendening, on the other hand, may be players they lose.Carl Dahlstrom of the Toronto Maple Leafs could also get some consideration by teams, as he can fit nicely as a seventh defenseman and comes with size. We will have to wait and see if any of these 30 players get claimed. Photo Credit: © Gary A. Vasquez-USA TODAY Sports...