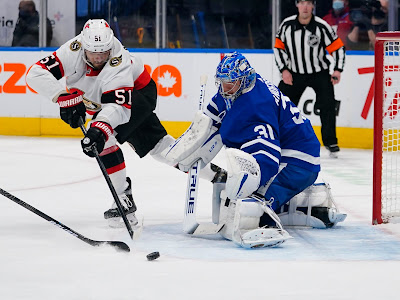 The NHL offseason is winding down and training camp kicks off in basically one month. There's still a ton of free agents left without contracts, including Artem Anisimov. Look for these two teams to be interested in adding the veteran center for training camp.Detroit Red WingsThe Red Wings have some holes to fill for next season and adding a veteran center would certainly help. Anisimov isn't the player he once was, but he's still productive enough to get some minutes on a bad team. Last season was a struggle in Ottawa as he only recorded nine points in 19 games, including two goals. His 15 goals in 49 games in 2019-20 is what his agent is trying to focus on at the moment and look for the Red Wings to give him a look shortly before camp opens.Chicago BlackhawksAnisimov had his best seasons in the windy city and could be an option for the team's fourth-line center spot next season. It would also give the team a decent option and someone they are familiar with for moving up the lineup should injuries occur during the regular season. The Blackhawks are going for it next season and adding Anisimov for the league minimum to play just over 10 minutes of ice-time a night could be a savvy move from Chicago.Photo credit: John E. Sokolowski-USA TODAY Sports...