Capitals&#039; Head Coach Calls Out His Team After Game 5 Loss to Panthers 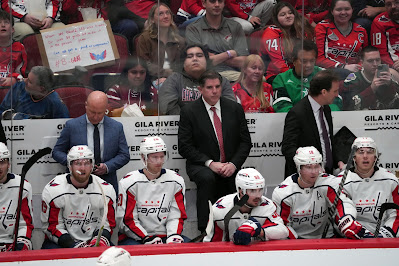 Washington Capitals head coach Peter Laviolette is pissed off and rightfully so after his hockey team blew a three-goal lead and lost to the Florida Panthers 5-3 in the pivotal Game 5.The Caps coach was flabbergasted after the game as it was a tale of two teams on Wednesday night and frankly that's not good enough to get the job done in the Stanley Cup Playoffs. Laviolette spoke to the media after his team crumbled and had this to say on their performance:There's two games that were played. There was the game to push it to 3-0 where I liked everything we did, including the power play, the penalty kill, and the five-on-five play. And then there's the game that took place after that where if you play against a team like Florida that is a high-octane team, we're just feeding them, and we can't.It's been a tough go for the Caps as not only did they blow a three-goal lead in Game 5, they were minutes away from winning Game 4 and now have come up empty handed twice. Laviolette wasn't the only one to call out the team as veteran forward T.J Oshie was candid after the game:Giving up a three-goal lead, I don't know how many times we've done that this year. "But in the playoffs, it should be easier to keep playing the same way and getting pucks deep and all that. But this swings momentum. We gotta reset here. Obviously, you don't want to be down 3-2, especially when we felt like we had a chance to go up 3-1 in the last game. You just gotta regroup. We got a veteran group in there, a bunch of guys with a lot of great character, and we'll be a little pissed off here tonight, wake up tomorrow and head home and get back to work.Game 6 goes in Washington on Friday night as the Capitals look to get back on track. Here's everything you missed from a wild and wacky Game 5.Photo credit:  Joe Camporeale-USA TODAY Sports... 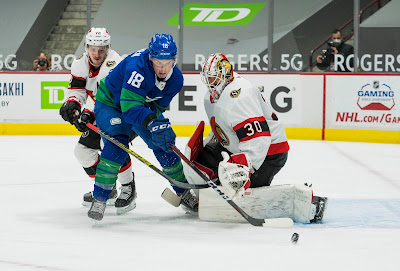