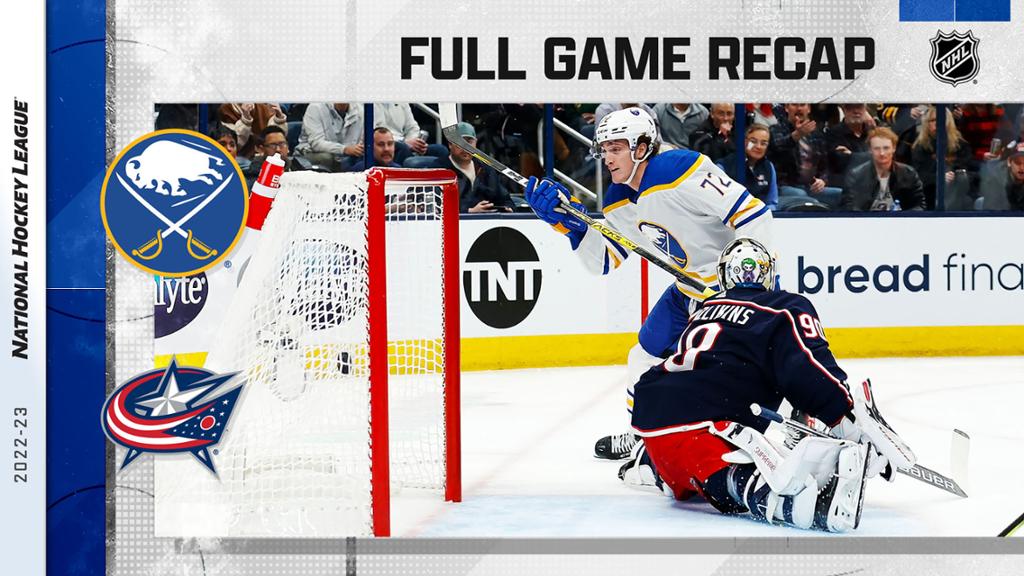 COLUMBUS -- Tage Thompson scored five goals, including the second-fastest four goals to start a game in NHL history, and had an assist when the Buffalo Sabres defeated the Columbus Blue Jackets 9-4 at Nationwide Arena on Wednesday.