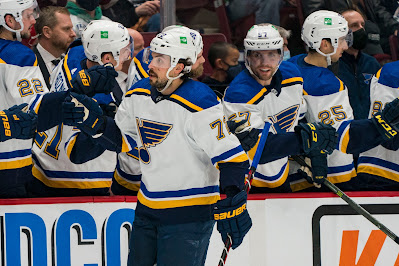 St Louis Blues defenseman Justin Faulk recently admitted he's doesn't enjoy playing hockey games in Canada. The Blues are currently on a Western Canada road trip and faced off against the Vancouver Canucks on Sunday and head to Calgary to take on the Flames on Monday night. Faulk met with the media...