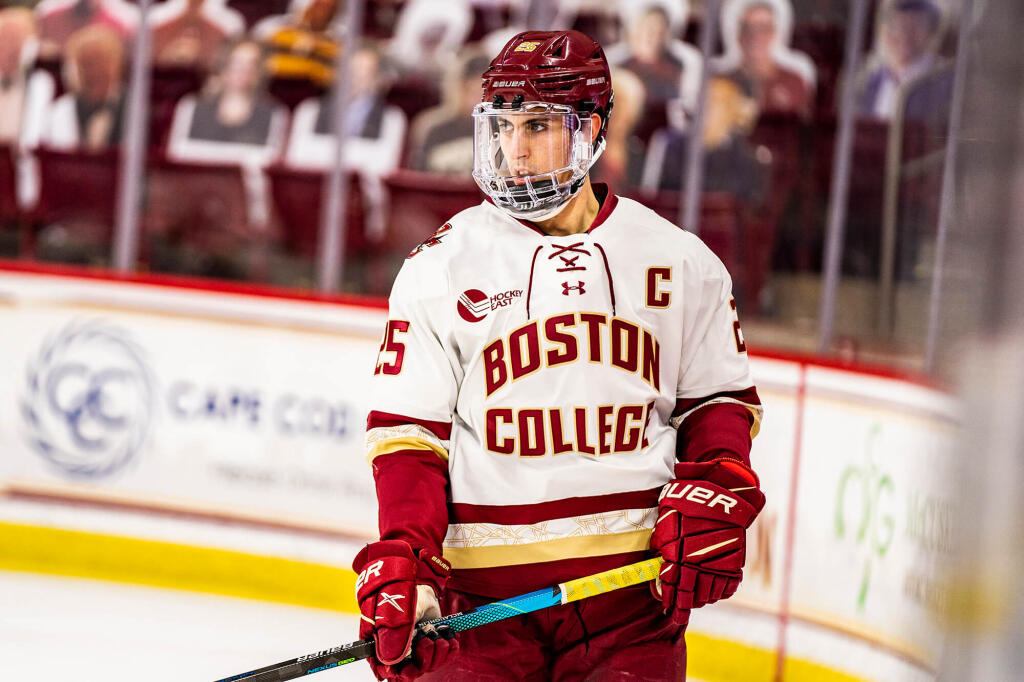 The United States and Canada are using college players to fill out their rosters at the upcoming Winter Olympics in... 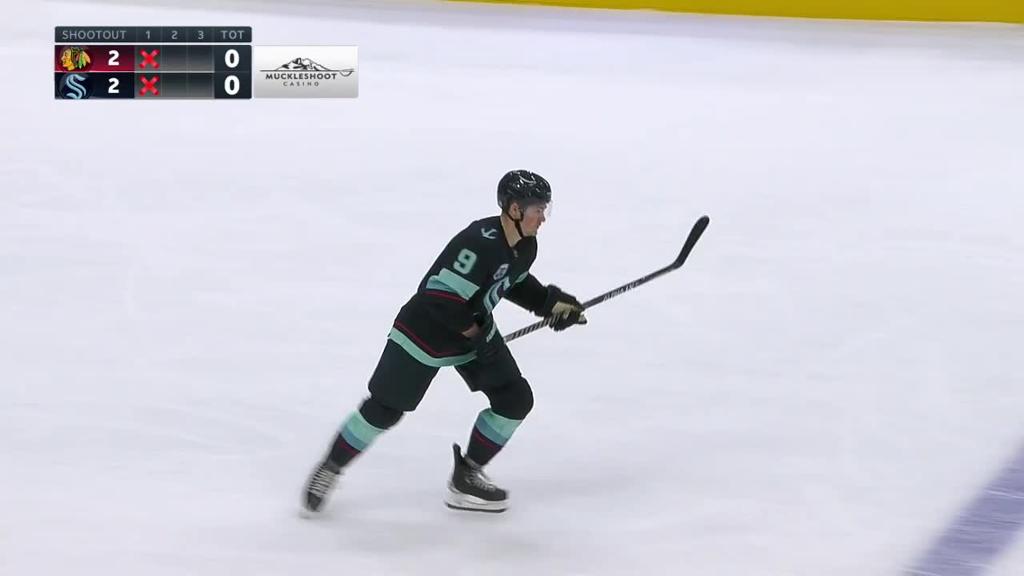 Seattle Kraken forward Ryan Donato wore a symbol of his old friend, Colby Cave, right there over his heart on Monday.

Ryan Donato scored the tying goal early in the third period, Joonas Donskoi scored in the shootout and the Seattle Kraken snapped their nine-game losing streak with a 3-2 win over the Chicago Blackhawks on Monday. 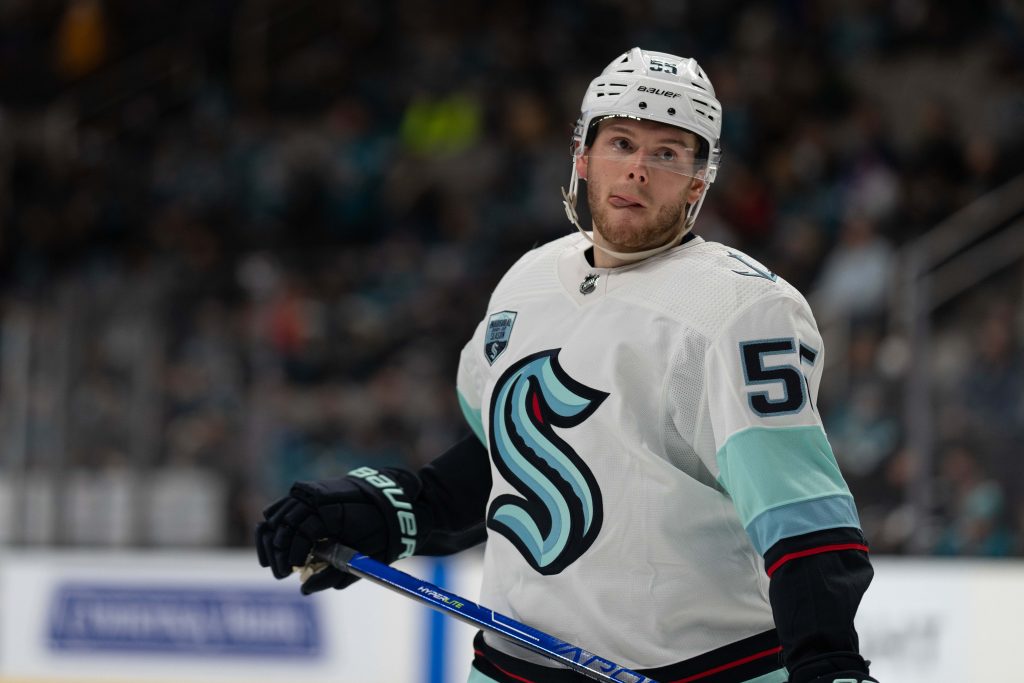 Jan 3: The Kraken have now added Alexander Wennberg to the protocol, joining Lauzon. The team already had their upcoming game against the Ottawa Senators postponed, meaning they will have time to get both back before their next game on January 10, should they test out of the protocol. Jan 1: The Sea... 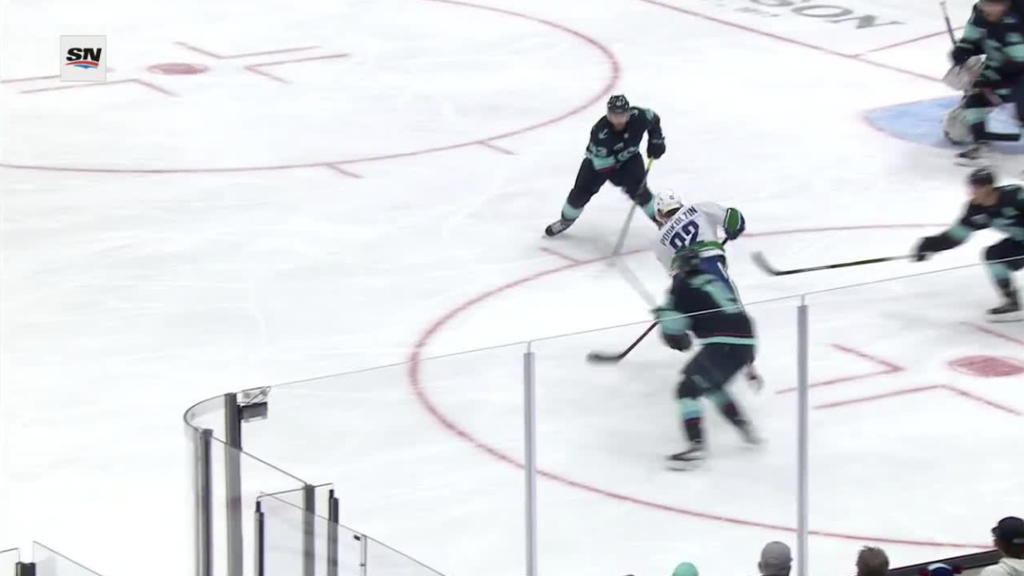 SEATTLE -- Thatcher Demko made 30 saves to win his seventh straight game for the Vancouver Canucks, 5-2 against the Seattle Kraken at Climate Pledge Arena on Saturday.Tanner Pearson had a goal, an assist, and a fighting major for a Gordie Howe Hat Trick for the Canucks (16-15-3), who had five player... 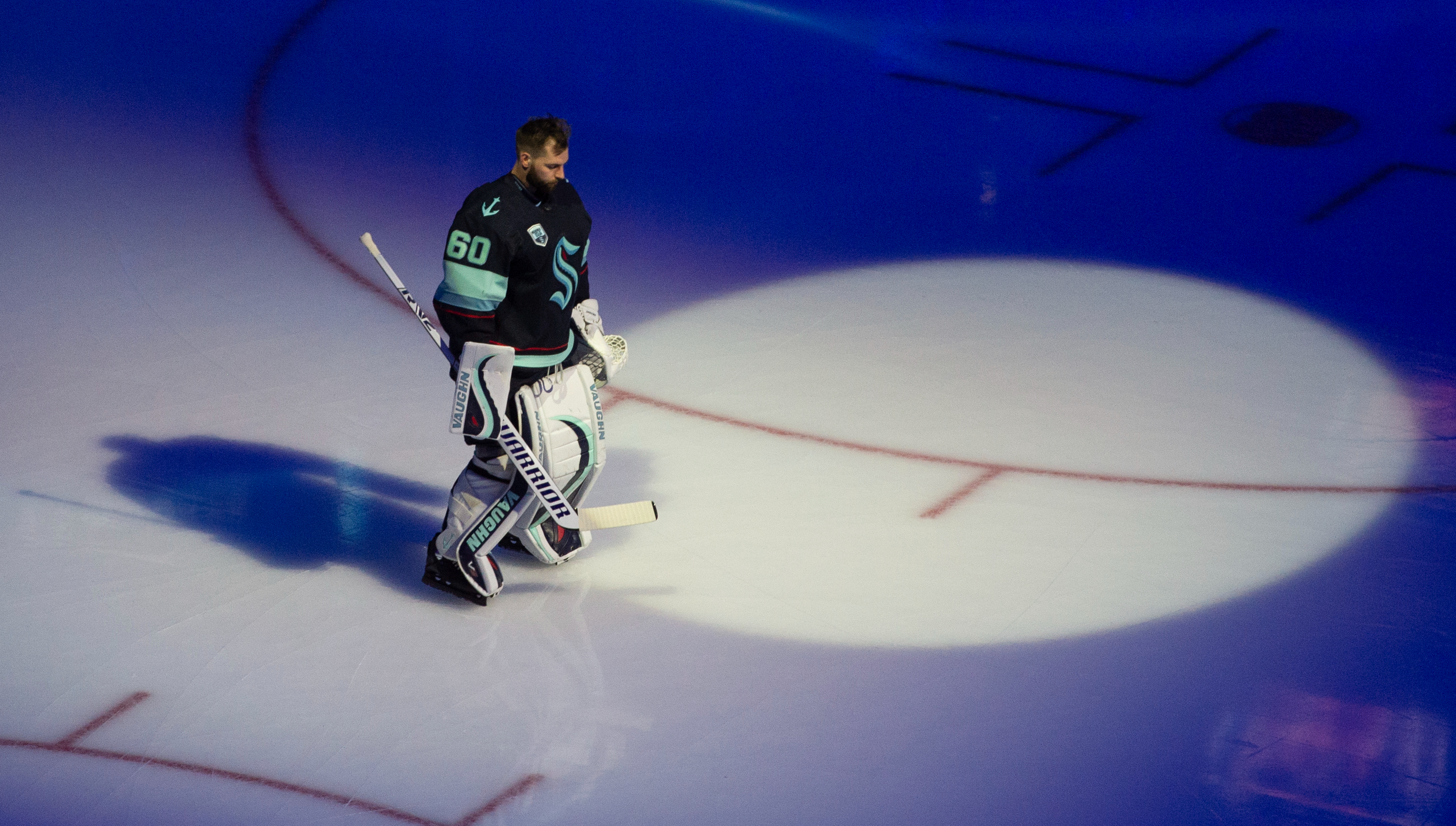 It was the revenge game of all revenge games for Seattle Kraken goalie Chris Driedger Saturday night at FLA Live Arena. He was facing the Florida Panthers, his former team who oh, by the way, are the top-scoring club in the NHL and had yet to lose at home. At the other end of the […] The post Chris...

Below are projected lineups compiled by NHL.com staff writers and independent correspondents. For more fantasy coverage, visit NHL.com/Fantasy and subscribe for free to the "NHL Fantasy on Ice" podcast. 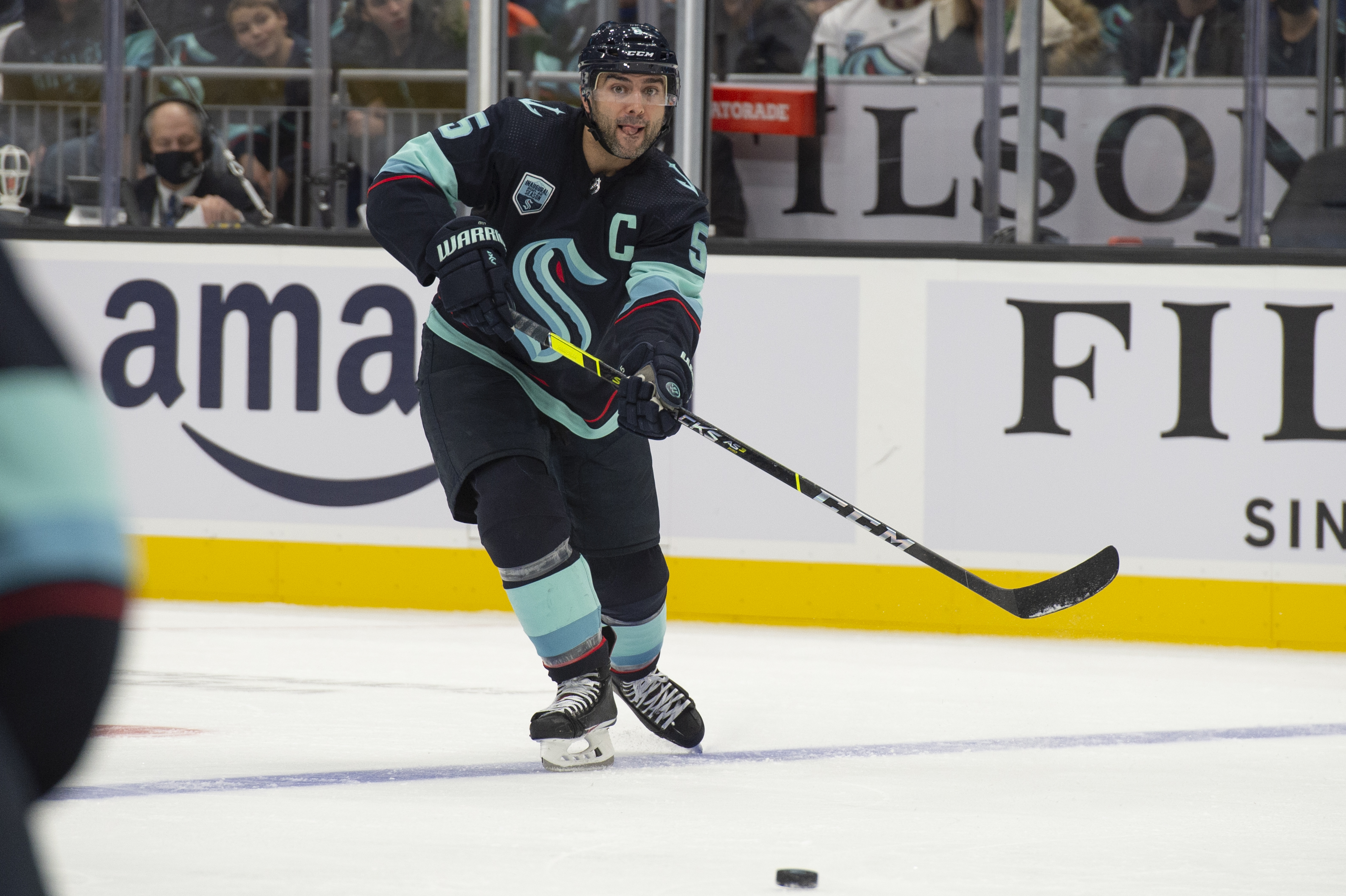 It’s been a season of firsts for the Seattle Kraken, but being the first team to lose to the Arizona Coyotes was not a first they wanted any part of. But that’s what happened at Gila River Arena Saturday as the Kraken (4-7-1) raced to a 3-1 lead in the first period and then were […] The post Kraken... 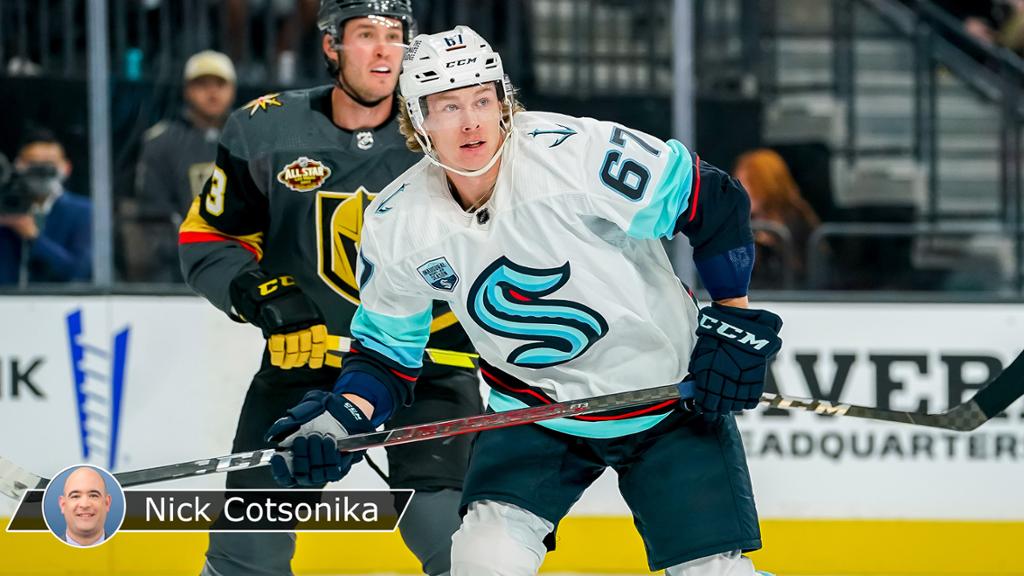 Kraken look the part despite loss in opener

LAS VEGAS -- The Seattle Kraken did not look like an expansion team in their first regular-season game despite losing 4-3 to the Vegas Golden Knights at T-Mobile Arena on Tuesday.They faced a lot of adversity, scrambling three players to Las Vegas on a private plane after they cleared COVID-19 proto...

Ryan Donato entered himself in the history books, scoring the first regular season goal for the Seattle Kraken in franchise history.

Ryan Donato entered himself in the history books, scoring the first regular season goal for the Seattle Kraken in franchise history.

Anders Lee, back this season after recovering from his ACL injury, scored to lead the New York Islanders to a 3-0 win over the Philadelphia Flyers in a preseason game in Bridgeport, Conn., on Tuesday night.